Paul was reviewing his bucket list recently – I wonder what he’ll be up for next? – and wanted to share some of his observations.

“Bucket list: a number of experiences or achievements that a person hopes to have or accomplish during their lifetime.”  From the phrase “kick the bucket”, slang for “die”.  The origin of this term is obscure, but I’m sure it was around before it was popularized by the 2007 film The Bucket List with Jack Nicholson and Morgan Freeman.

Despite the end-of-life reference, you don’t have to be at death’s door to benefit from a bucket list.  For this reason, some refer to the concept as a “Life List”.

I started mine three years ago, after some inner wisdom and a wise coach pointed me in that direction.  I’ve been reviewing it lately as Cheryl and I prioritize some upcoming travel goals.  Should we climb to Machu Picchu, explore the ruins of Pompeii and Herculaneum, go on a safari in the African savannah of Botswana, visit Lithuania and meet with someone bearing my old family name, or take tango lessons in Argentina?  Next, that is.

Creating a life list has had a big impact on my life, on too many levels to relate.  This blog is one result, both direct & indirect.  Others are more elemental. 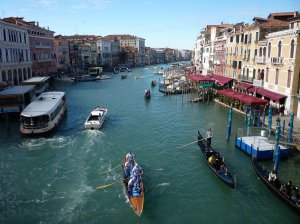 At the time I created the list, I wrote the following:

My list grew slowly at first.  I didn’t want to clutter my list with things I thought I should want to do, but didn’t yearn for.  No “nice ideas”;  no “everyone should want this.”  I was careful to make sure everything I added met the requirement:  was this honestly something I would regret not doing?  A final indicator was a certain feeling of “Yes!” when something passed the test:  it had been on my unspoken list all along.  After a couple of weeks, my list had six items on it.  Two weeks later, it had grown almost sevenfold.

Of course, using the list has led to some adventures.  I finally flew in a fixed-wing glider, after watching yearningly from below for over 50 years.  It was a great experience, and I’m keeping it on the list for at least one more ride over the mountains on thermals.  (Once Cheryl’s forgotten about that fatal glider accident last summer.)  Climbing the Mayan pyramid at Cobá led to an interesting episode, which I chronicled in another post.

Committed now and waiting for the tow plane

My list also enabled me to take action on some health items I’d been putting off for years.  Losing over 40 pounds in 2010 gave me a great sense of achievement and inspired several friends to achieve their own weight-loss goals.  I’m sure it also contributed to my overall health as nothing else has.

Creating a bucket list also gave me much clearer insight about where I wanted my life to go in general.  Although it wasn’t foreordained, more than half of the item on my list ended up travel related.  The name of this blog is no accident!

But the outcome both memorable and unexpected is the quality of experience that a “bucket day” brings me.  On several days when I’ve ticked off an item, the ticking itself took only an hour or two, but the whole day was infused with a kind of magic.  Three years later, I remember vividly the sense I had walking to the bus stop to my appointment with Item Number One.  The whole sky was electric, the trees alive, my own steps a mix of excitement and trepidation.  In some ways, the event itself was anticlimactic.  While bungee-jumping is not on my bucket list – never say never – I can imagine that the split-second of commitment, the instant between starting to step forward and actually becoming airborne may be the moment one remembers best.

On a recent trip to Florence, Italy, I had a chance to tick off another item.  I had always wanted to visit the Basilica of San Miniato al Monte and ask for the keys to the church.  The reasons were somewhat obscure, and Cheryl would often rib me about my obsession.  Still, on a fine September day, we set out to make the ascent to the hilltop site overlooking Florence – Firenze in Italian.  As seemed befitting, I suggested we make the entire trip by foot, which had it take all day.  I remember that day like yesterday: walking along the banks of the River Arno on a Sunday morning while scores of fishermen relaxed on the grassy banks, encountering a colorful fund-raising run near the Piazzale Michelangelo, catching ever more breathtaking views of Firenze as we climbed the hill towards the Basilica.  The whole day was lit up, and remains my favourite day of our whole trip to Italy.  Even Cheryl thinks it was one of the best.

Once again, the moment of completion faded into relative obscurity.  Upon reaching the church, I located the first official I could find – the Olivetan friar who was manning the gift store – went up to him, showed him my ID, and asked in my best Italian, “Per favore, le chiavi?”  May I have the keys, please?  I earned nothing more than a bemused look from the friar, but what cared I?  My mission was complete!  Item Number Five:  Tick!

By that time, I had learned that ticking off the item on your bucket list isn’t the real juice.  It’s how life shifts the moment you add to the list, with the intention to make real, something you’ve only been dreaming about.

Ready to create your own bucket list?  Here are some resources to get you started:

And some contrary positions that may help you avoid some of the pitfalls.  I think it’s all in how you hold your list: