From time to time, I ask myself “What is this thing about travel? It’s a lot of hard work, and usually costs more than staying home. So why do we do it?”

The answer usually isn’t long in coming: I’ve enjoyed and profited by the different perspective that meeting other cultures provides. Travel is one of my favourite activities for satisfying my incessant curiosity. It engages me fully: most of the time when I’m visiting some place new, I find myself solidly in the present moment. And in every culture I’ve visited, I’ve found some aspect I like better than my own.

Similarly, learning other languages has let me see where my own language constrains my view of reality. Knowing different ways of thinking gives a certain freedom from one’s own unconscious inherited biases. Plus you get a whole new set of proverbs.

Recently, I got to thinking about the connection between international travel and world peace: “See the world, while helping to prevent World War III!”

A possible WWIII had been one of my personal bugbears since watching – in my teen years – a 1960s documentary depicting the horrors of an atomic attack. With the war in Vietnam heating up, it didn’t seem so far-fetched. The decades that followed offered little indication that wars were going out of style: the Cambodian civil war, the Iran-Iraq War, the Rwandan genocide, the Afghan conflicts, the war on Iraq, the Ugandan civil war punctuate a long list of lesser conflicts. Today there is conflict in the Ukraine, not to mention ISIS. The world’s nuclear missiles have yet to be mothballed. 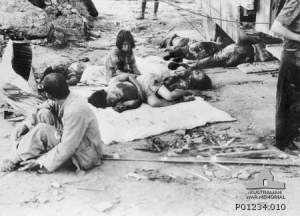 Still, being anti-war brings a certain negativity to life. Is there more to peace than just the absence of war? I was pondering this recently and wondered if the growing discipline of positive psychology had been applied to this question.

An internet search for “world peace” together with “positive psychology” led me to discover a new word: “allophila.” The neologism was coined by Todd Pittinsky, the author of “Us Plus Them: Tapping the Positive Power of Difference” when he realized there was no word to describe the opposite of “prejudice” or “intolerance.” Tolerance, the absence of intolerance, was not really it. There had to be a word for more “positive attitudes of behaviors towards the members of another group.” 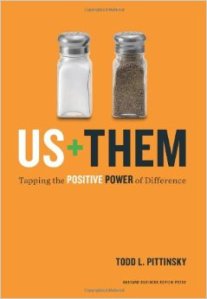 “Us Plus Them: Tapping the Positive Power of Difference” by Pittinsky

In Dr. Pittinsky’s research, it turns out that decreasing intolerance does not equate to increasing allophilia. Furthermore, high allophilia seems to be much better at guaranteeing peace than does mere tolerance. As we’ve seen recently in several world hotspots, political demagogues have been able to wipe out years of tolerance in short order, sending formerly peaceful societies into internecine warfare. Perhaps what was missing was a higher degree of allophilia, manifested in terms of curiosity, comfort, engagement, and even kinship, affection and enthusiasm for members of other groups.

What organizations, I wondered, were fostering curiosity, engagement or enthusiasm for other cultures?

The obvious first answer was the original hospitality exchange, Servas International. Founded in aftermath of WWII by an American conscientious objector, the mission of Servas is “to help build world peace, goodwill and understanding by providing opportunities for personal contacts among people of different cultures, backgrounds and nationalities.” Their system of “open door” directories made it “possible for people of various nations to make visits to each other’s homes.” Servas now has official UN status and boasts of about 20,000 hosts in about 100 countries. Cheryl and I have been among those opening their doors for the past two decades.

Lately, Servas has been facing some stiff competition from the new Internet hospitality exchanges such as Couchsurfing. The old paper-based organization is having trouble quickly adopting the new technologies used by Internet startups, and their membership is ageing. Travelership is down.

A debate is ongoing about whether these new Internet exchanges represent the same peacebuilding ethic, or whether they’re just about cheap travel. Site names like GlobalFreeloaders and WarmShowers suggest the latter. Cheryl and I decided to join Couchsurfing as well as continue our Servas association. We have hosted and traveled with both organizations. In all cases, we try to adhere to the original vision of cultural interchange: hosts and guests interact like friends, often eating or cooking together. The Servas and Couchsurfing hosts we’ve stayed with have all done the same. It’s not just about accommodation: when we’re in that I-wanna-be-alone mood, we book a hotel or AirBnB.

Our delightful Couchsurfing hosts showed us all around Avignon in Provence, with lots of time for discussion.

Meanwhile, while Servas struggles to bring their 100 constituent national organizations into the Internet era, a Servas discussion group within the Couchsurfing site expresses two opposing views. The first tries to encourage Couchsurfers to adopt the more allophilic perspective of Servas. The second suggests this was never the intention, nor should it be. We hope the former view predominates – although we never discount the value of free accommodation.

And while travelers may view a hospitality exchange as merely a cheap way to travel, it’s hard to see what hosts get out of offering free room and board if it’s not the opportunity to connect with people from other lands and cultures. So perhaps the allophilic spirit is alive and well in the new Internet world. 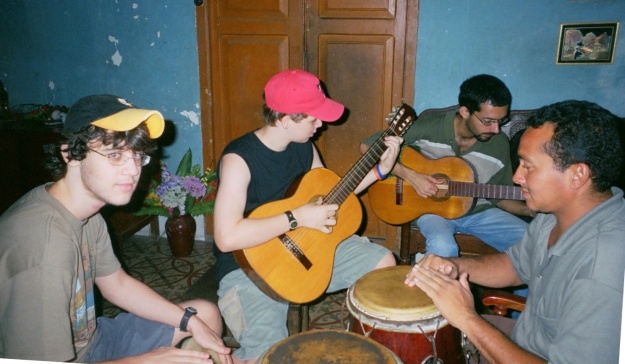 Will it help? Is WWIII becoming less likely because of the humble hospitality exchange? Perhaps these words from the founder of Servas provide a clue.

“This story is not only about the beginning of Servas but the awakening of a mind on a slow overland trip from Norway to India. Confrontations with divergent cultures replaced my colored glasses with an often diamond clear vision. An ever deepening awareness from immersion in diverse ways of life shook up my ingrained assumptions. From shades of gray suddenly rainbow colors burst into my consciousness. Freed from the shackles of my upbringing and a classic American mentality I began to soar with the perspective of a global citizen. The human community emerged as a magic quilt of life styles and manners of thinking and living, a single tapestry of myriad designs unfolding before me.

“Shifting from a tourist absorbing scenic vistas to a traveler actively searching the central ideas of cultures happens gradually. At first the subtle thought/observation changes are unnoticeable. Then one discovers that a once passive and barely opened mind has blossomed into an inquisitive flower hungry for pollination. As I learned to listen with empathy, the most humble persons from distant corners of the globe became my mentors, pulling me into undreamed of chambers of thoughts and insights. I was no longer a touring observer looking in but a participant savoring many ways of life.”

Near Plitvice Park in Croatia, a 1990s war memorial stands guard over a bombed out home.

As I continue my investigation of this new concept, I have a question for you: which organizations are you aware of fostering world peace through intercultural allophilia?

Which organizations foster world peace through intercultural allophilia? Please leave a comment below.

Leave a Reply to "No Pension, Will Travel!" with Cheryl + Paul Cancel reply